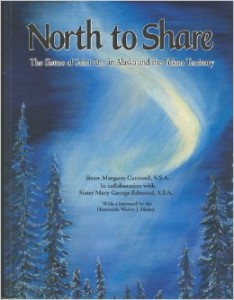 “When Alaska was purchased from Russia in 1867 by the United States, few people recognized the region’s potential. Certainly those who rushed for gold and, later, oil helped us to understand Alaska’s economic wealth. But in a greater sense, Alaska’s greatest richness was, and is, as a place to live and build communities. Life is harder here, but the men and women are freer. No one lives in Alaska who is not a volunteer. Whatever treasures lie under the ground or back in the hills have been overshadowed by the opulence of the people’s spirit.

Alaska attracts many kinds of people. In the beginning it was the Natives who settled the land. They were followed by the trappers, fur merchants and prospectors. As more pioneers came to Alaska, communities began to appear on the frontier. With the establishment of communities, there arose the need for human services. To meet these needs, a different breed of pioneer came to the North.

In acknowledgement of the requirements for community services, the Bishop of Victoria, Charles John Seghers, established a mission in Juneau. To do this, he sent Father John Althoff to Southeastern Alaska. In 1886 the bishop also sent three Sisters of St. Ann to Juneau. From this small outpost on the Alaskan coast, the Sisters of Saint Ann ventured farther into the wilderness. They traveled up the Yukon River to Holy Cross and Nulato. In 1898 they went to Dawson. They worked as teachers, nurses and counselors. Ever-surfacing needs called on their generosity.

…Rarely armed with more than their faith in God and people, the Sisters of Saint Ann brought compassion to the North…the Sisters of Saint Ann helped to bring understanding to the frontier. At the same time the Sisters endured the same hardships as the other peoples of the North. With dedication and love, these brave servants of God persevered in their service to Alaska. Using their hearts and minds, they overcame obstacles and touched others with love. Theirs is a tale rich in the human equation.”

Walter J. Hickel, Governor of the State of Alaska (1966-69, 190-1994) from the Foreword of  North to Share, The Sisters of Saint Ann in Alaska and the Yukon Territory by Sister Margaret Cantwell, ssa in collaboration with Sister Mary George Edmond, ssa.