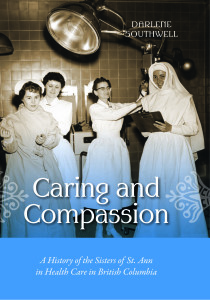 “In 1858, when the Sisters of St. Ann accepted an invitation to leave Quebec to provide schooling for children in Victoria, they expected to be asked for nursing services. Little could they have imagined that their work in visiting the sick would evolve into St. Joseph’s Hospital, a major general hospital and training school for nurses and for X-ray and laboratory technicians. Once St. Joseph’s was well established, the Sisters accepted calls to open hospitals or extended-care homes in Campbell River, Smithers, Oliver, Victoria and Nelson…serving all who needed care, no matter their religious persuasion, race, or ability to pay their bills…

The Sisters were well versed in the current developments in medical care. The first Sisters took short courses before venturing west; antiseptic surgery and anaesthesia were introduced early at St. Joseph’s. Later, through postgraduate studies and participation in health-related organizations, the Sisters extended their professional knowledge and ensured that their hospitals were accredited.

Financing the hospitals was always a problem. Although the Sisters subsidized the institutions with their own labour and money, they also depended on the support of local communities: physicians, service clubs, women’s auxiliaries and grateful patients. At times, the provincial and federal governments made grants, but religiously based institutions were not always eligible.

Shortly after the Second World War, the province introduced a hospital insurance scheme. This provided more secure funding, but also more bureaucracy and greater government control. Hospital insurance and population growth also created a need for larger hospitals. In some cases building new structures was beyond the financial resources of the Sisters.  As a result of that…the Sisters gradually withdrew from their hospitals and, in most cases, turned them over to local hospital boards. Today, only one of the institutions, Mount St. Mary Hospital in Victoria, remains as a legacy of the Sisters of St. Ann and the health care they provided to British Columbians.”

Patricia E. Roy in the foreword to Caring and Compassion 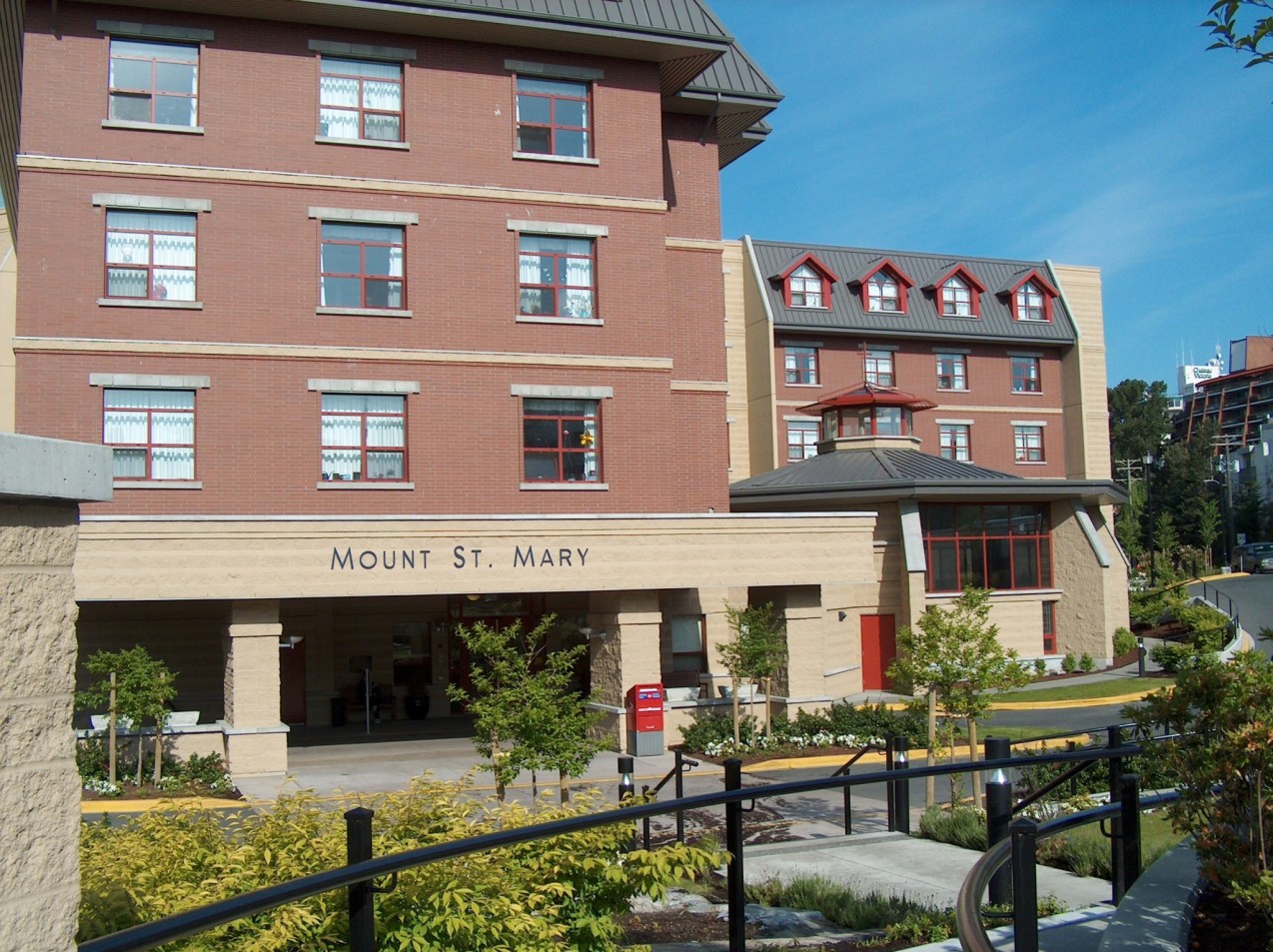 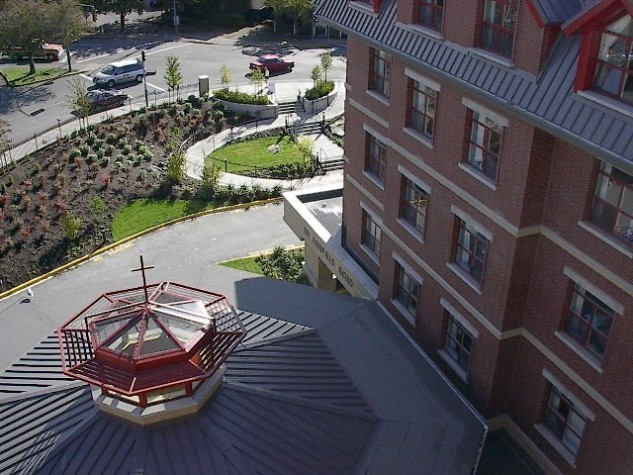 Established in 1941 by The Sisters of St. Ann, Mount St. Mary Hospital is a caring community now operated by the Board and members of the Marie Esther Society where people who need long-term support can live in a home-like environment that supports their independence, dignity and quality of life.